Share a memory
Obituary & Services
Tribute Wall
Read more about the life story of Cody and share your memory.

Cody James Donaldson, 28 of Harrisville, passed away unexpectedly due to an automobile accident January 5, 2023.

Cody was born June 2, 1994 in Franklin PA to Michele and Rusty (Zeke) Donaldson of Harrisville.

He is survived by his son Finnegan Donaldson who is 15 months, his parents Michele and Zeke, also his sisters Grace (Landon) Yoder and Emily Donaldson all of Harrisville.  He is also survived by a maternal grandfather Richard Chambers of Emlenton, his paternal grandmother Jeannie (Bob) Weaver of Grove City, Paternal grandfather Harry (Linda) Donaldson of Callensburg. Also surviving are several nieces Natalie Horn, Avery Everleigh and Brooklynn Yoder and Elizabeth Donaldson and his two nephews Trenton Horn and Evan Yoder.  He will be greatly missed by many Aunts, Uncles and cousins also.

Cody was preceded in death by his older sister Christie Donaldson and his maternal grandmother Diane Chambers and his cousin Emma Chambers.

Cody’s greatest pride and joy was the birth of his son Finnegan Donaldson.  Some of Cody’s favorite things to do were leisurely working on vehicles with his friends.  He worked as an autobody mechanic for several years before acquiring a job as an assembler at Wabtec in Grove City.  Other hobbies were motocross, playing guitar and playing pool.

The Larry E. McKinley Funeral Home, Clintonville, is assisting the family with arrangements.   Per Cody’s wishes there are no services at this time.

Family and friends can email condolences by visiting www.mckinleyfuneralhome.net

To send flowers to the family or plant a tree in memory of Cody James Donaldson, please visit our floral store. 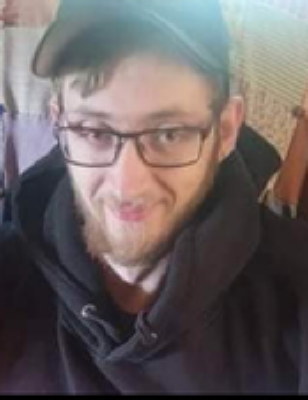 In Loving Memory Of

Look inside to read what others
have shared
Family and friends are coming together online to create a special keepsake. Every memory left on the online obituary will be automatically included in the book.

In Loving Memory Of

Look inside to read what others have shared

Family and friends are coming together online to create a special keepsake. Every memory left on the online obituary will be automatically included in the book.

You can still show your support by sending flowers directly to the family, or by planting a memorial tree in the memory of Cody James Donaldson
SHARE OBITUARY
© 2023 Larry E. McKinley Funeral Home. All Rights Reserved. Funeral Home website by CFS & TA | Terms of Use | Privacy Policy | Accessibility